Start-ups are increasingly making an impact on people’s lives. India is aiming toward becoming the largest start-up hub and the people of the country are coming up with a lot of innovative and valuable ideas that might not always be appreciated by society but in a long run, after a lot of effort, proves to be a phenomenon in itself.

That is proved by Sanjay Agarwal, founder of Apna Godam. He belongs to an Arhatiya middle-class family in Jaipur. The family had a shop in APMC but being the only son, Sanjay decided not to pursue his father’s business. He worked at HDFC Back for almost 10 years.

However, while growing up, he saw the condition of a lot of small farmers who were not able to reach APMCs and those who did not given proper treatment. They were given less priority, low prices and less attention for their produce.

Sanjay found the solution to that problem and the idea strengthened when the government started giving online Mandi licenses in Private Sector.

In 2015, Sanjay commenced his own start-up called Apna Godam. Apna Godam is a post-harvest solution company working mainly in the non-perishable category. It is the first notified online Mandi in Rajasthan as well as India. Apart from facilitating spot trading of commodities, it also provides Warehousing, Commodity Finance and Logistic services as value-added services. The farmer can sell the commodity to any buyer in the country without going anywhere. The logistics are managed by Apna Godam with the help of a network of Logistic partners.

In 2015, when Apna Godam used to be just a Warehousing company, Sanjay went into a village for market survey. He met a trader who claimed that he had deposited the commodity in his warehouse. Being a small company at that time, Sanjay knew details of all the depositors, therefore he denied that the trader’s stock was not deposited in his warehouse. After that, the trader told Sanjay that since he did not have an APMC license, he could not purchase the commodity directly from farmers, not deposit it in his own name and would not be able to get loan from banks, so he was completely dependent on APMC Arhatiya for warehousing, commodity finance and market linkage.

Sanjay also received a list of other village traders who were using his warehouses indirectly. He came to know that the rates of storage charges and interest rates they were paying were quite high compared to what APMC brokers were paying to Apna Godam.

That day, Sanjay realized that due to the lack of APMC in the country, the small traders were being ignored despite being an important part of the supply chain.

In 2019, Apna Godam got the license of Private Sector Online Mandi and NBFC license, becoming the first notified online Mandi.

Currently, the team is on boarding VLCs on their platform and bringing them in main stream. Almost 3 Lac village traders which were neglected are now gradually becoming an important part of the supply chain.

Apna Godam mobile application is owned by two companies jointly. First is the Singodwala Fintech Pvt Ltd (the NBFC company) and the second is Singodwala Warehousing and Logistics Pvt Ltd which owns rest of the business. In both the Companies, Sanjay and his wife are the shareholders and the directors. There is 10% pool for ESOP set aside.

Sanjay had to make the hardest decision of leaving his job in HDFC bank to pursue his idea of start-up. The decision was not supported by his family and well wishers. It required quite some time to convince them.

He faced many challenges during his venture, since he decided to bring efficiency in the current Grain Commerce sector through technology, a lot of questions were raised against the idea and feasibility of the business model like how would an illiterate farmer use an app, what would happen if they charged high or the buyer did not pay and many more questions.

But Sanjay believed in his idea and kept trying to find solutions to every problem, he found that the fault in the legal system gave birth to inefficiency and complacency and he wanted to correct it.

Factor that has helped in Startup growth

Sanjay says that Covid was the biggest factor behind his success. On 1st March 2020, they launched their product on the Web including warehousing, finance and online mandi. Due to the lockdown when all the APMCs were closed, their warehouses were open and working atfull capacity.Farmers used to bring their produce to the warehouses and they used to help them sell it online.

6 months later when they launched the mobile application with the Farm pick-up model, it was a huge hit and went viral among the villagers.

Apna Godam target audience is farmers mainly, their technology is eliminating a lot of inefficiency in the existing supply chain and helping sellers to get a better price for their produce.

“In a sense, we are an exchange. Where the trade is highly secured but current exchange work only for classes and we are going to masses.” Sanjay says.

Sanjay believes that his motivation is process improvement. He says that when he was in HDFC bank, Process Improvement was made a part of their DNA. So now when they bring some improvement to the existing system, he feels a sense of accomplishment and feels motivated.

In my case every time when I feel Low I recall those days when I did pilot run with my customers and how the product was liked by the customers and they only told you other benefits from your product which even You yourself did not imagine.

So Customer conviction will become your conviction and that will help you to stay on foot in all weathers.

What is Apna Godam?

Apna Godam is a post-harvest solution company working mainly in the non-perishable category. It is the first notified online Mandi in Rajasthan. Apart from Spot trading of commodities it also provides Warehousing, Commodity Finance and Logistic services as value-added services.

Who is the founder of Apna Godam?

Sanjay Agarwal is the founder of Apna Godam.

How Apna Godam is helping farmers?

Apna Godam is the first notified online Mandi in Rajasthan. Apart from Spot trading of commodities it also provides Warehousing, Commodity Finance and Logistic services as value-added services. The farmer can sell the commodity to any buyer in the country without going anywhere. 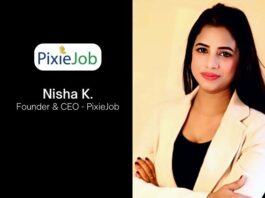 This woman entrepreneur has launched a Talent sourcing platform for hospitality... 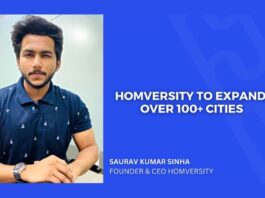 Homversity to expand in 100+cities and new segments 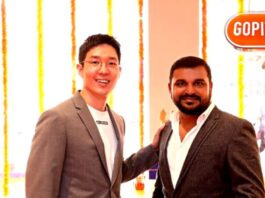